GET RELIEF FROM METATARSALGIA PAIN

"I love these! I have been wearing these for several years because I have such a high arch. This time I was having pain in the ball of my foot so I bought the ones with a metatarsal pad and no more pain!!

"These insoles work great to keep the pain away. I have them in all my shoes. The metatarsal pad hits the right spot to give support and relief. I don't go without them in my shoes."

Background: The metatarsal bones are five long bones in the foot. Many people have a common disorder called metatarsalgia that affects the metatarsal bones and joints of the ball of the foot, just before the toes and most prevalent under 2nd, 3rd and 4th metatarsal heads (similar to the knuckles of your hands). It is often described as a throbbing pain.


Causes: Commonly described as “pain in the ball of foot” metatarsalgia is also known as central metatarsalgia, or chronic metatarsal strain. There are many varied conditions that can cause pain in this area of the foot, such as calluses, arthritis, repeated stress, micro trauma, prolonged standing on hard surfaces, certain footwear like rigid soled work boots, fashionable shoes with high heels and pointed toes for example and fat pad loss.

Treatment: To treat metatarsalgia you can use orthotic devices such as metatarsal pads which can be affixed to an insert or orthotic to lift and spread the shafts of the second, third and fourth metatarsals. This pad can also be integrated into the orthotic, as it is with the Genext Active Orthotic. This ensures that the met pad is positioned with precision.

Met Pad Vs Gel Inserts: When using a metatarsal pad it's important to get the placement of the pad correct, the idea being to relieve pressure from the affected area and not to add to it by trying to cushion the affected area, which would add pressure. The met pad of the Genext Active Orthotic sits slightly behind the metatarsal heads which relieves pressure and therefore pain. Gel inserts seek to cushion this area, which may offer some relief for a short period of time, but can mask the underlying problem and may make the issue worse over time.

"I spend a lot of time on my feet on hard surfaces, and the Beats Orthotic System with the Metatarsal Pad has really given me very significant foot pain relief."

"This is my third time I've purchased these insoles. I desperately wanted to get back to playing tennis, and this insole was suggested. It made a difference immediately and I was able to return to tennis. Highly recommend this insole for metatarsal pain."

"I had pain in the ball of my foot - both feet, actually and tried various shoe solutions that didn't help. Began wearing these orthotics about five years ago. I am pain-free. I can even walk barefoot on my tile floors now! I keep a pair in each of my frequently-worn shoes. So thankful for a non-surgical option."

We will get your orthotics out to you right away, with free shipping. Expedited shipping is available.

If you don't think the orthotics will work for you, send them back, free shipping, no questions asked, for a full refund. 100% Zero risk.

Heel Option - If you have flat feet or fallen arches, or if your feet roll inwards when walking (pronation) you may may want to select a "Posted Heel" option, for everyone else, "Neutral Heel" is preferred.

Forefoot Option - Select "YES, METatarsal Pad from the drop down if you have ball of foot pain. If you are just looking to use the Genext Orthotics solely for stability & alignment, choose NO Metatarsal Pad.

Gender - the women's orthotics are a slightly narrower shape than the men's. 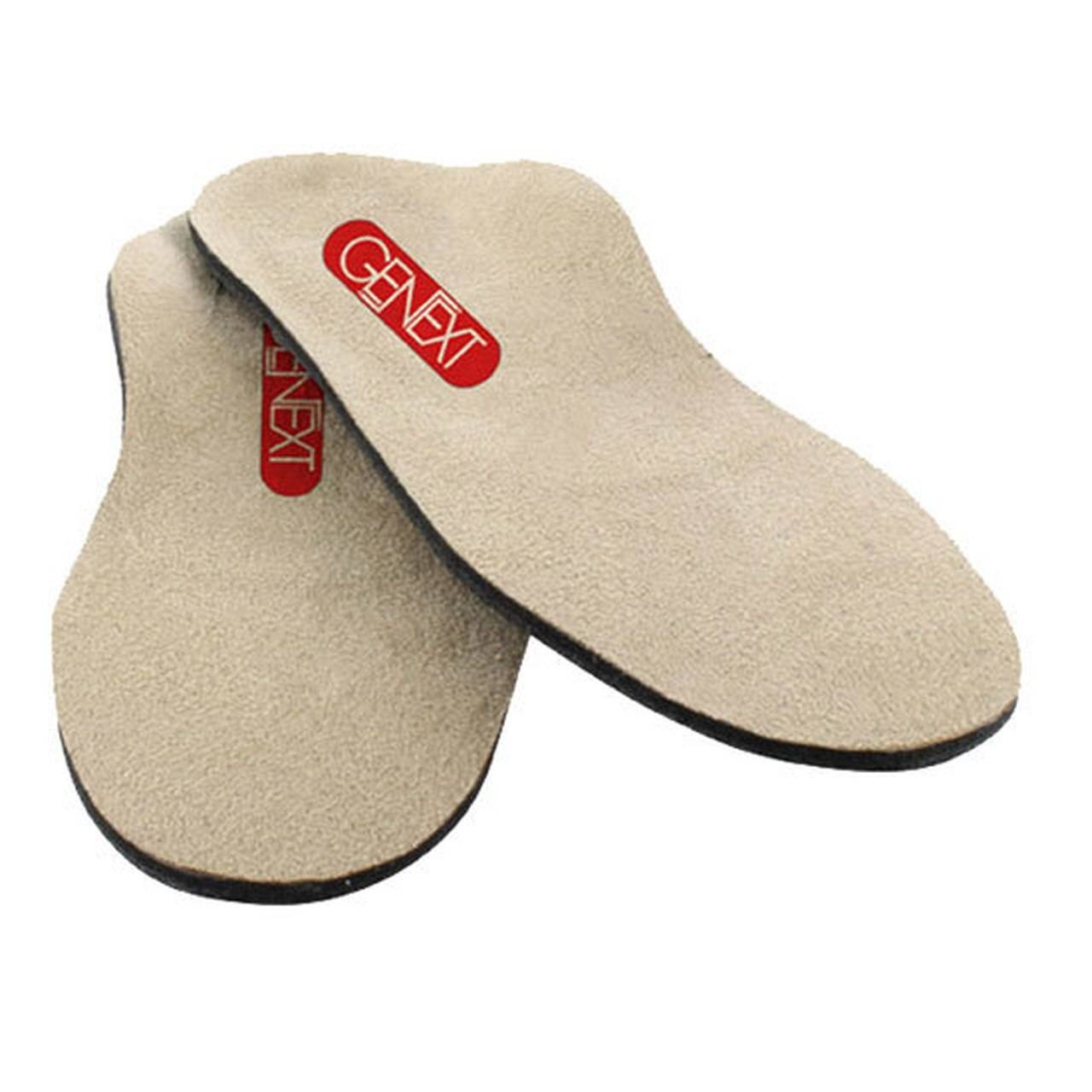 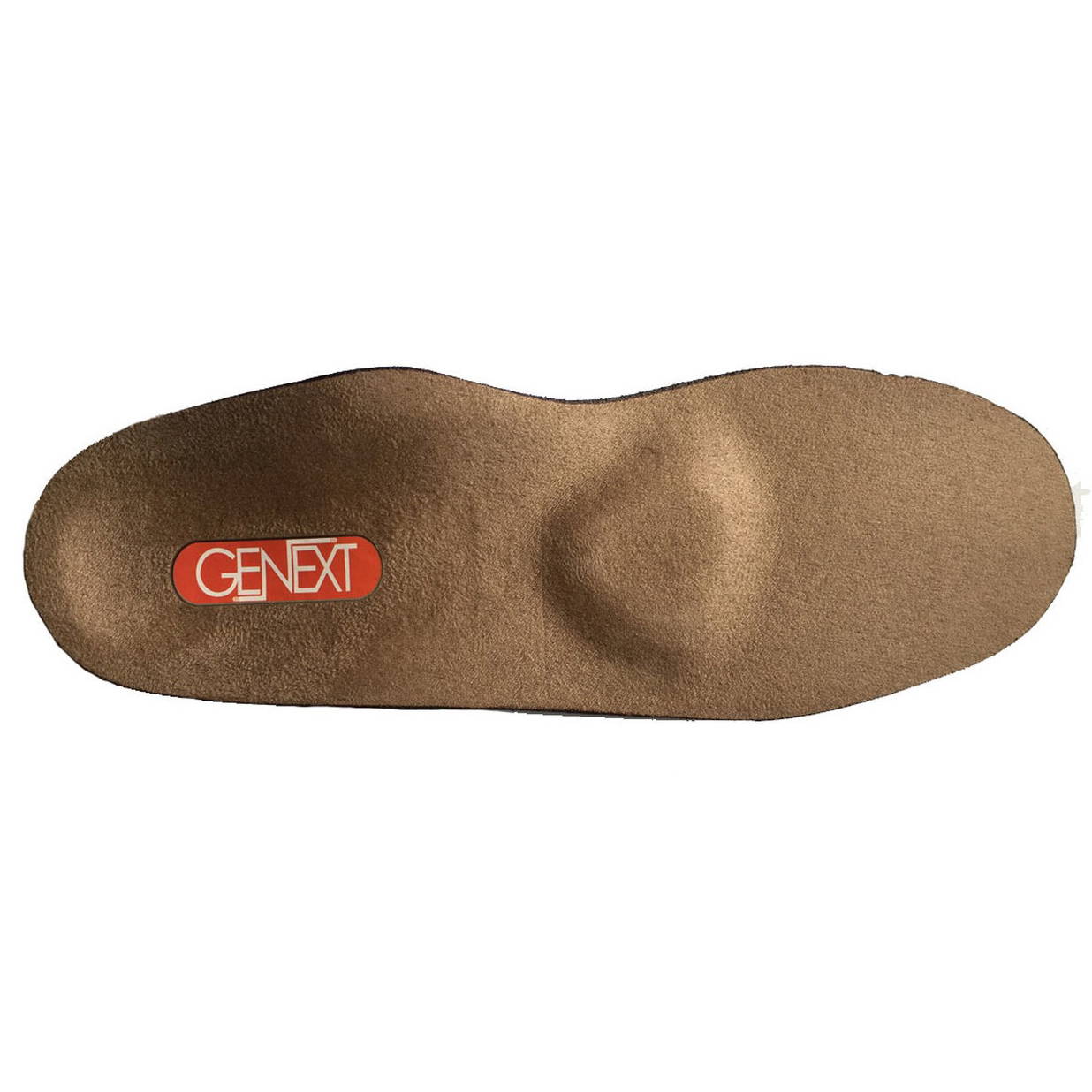 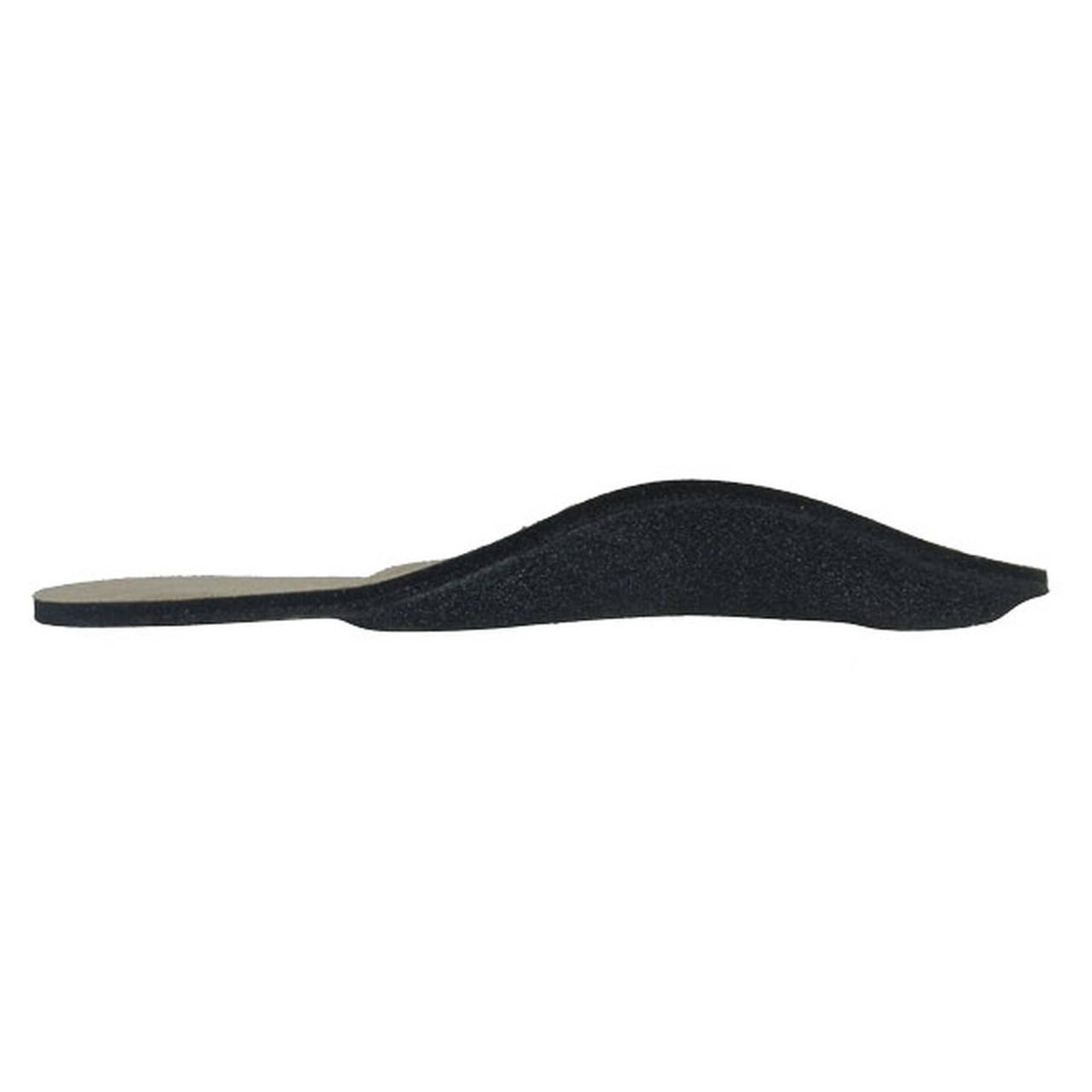 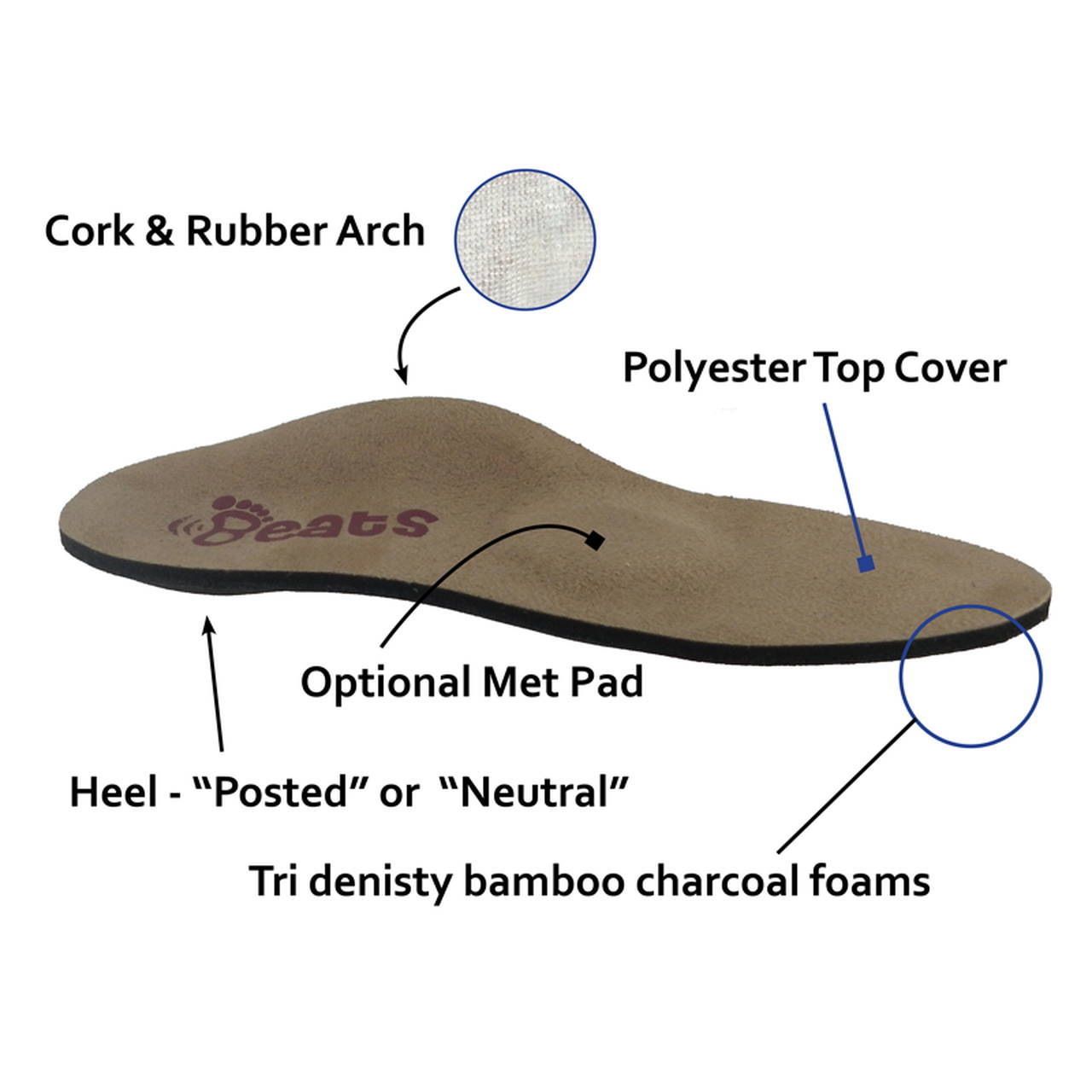