USD
Home / Blog / What is a Pedorthist? Where can I find one near me?

What is a Pedorthist? Where can I find one near me?

It’s not a word you hear that often, “Pedorthics”,  pronounced peh-dor-thiks but in the orthopedic shoe world “Pedorthists” pronounced peh-dor-thists are the “old shoe dogs” that have been trained to fit and modify footwear to ensure that the patient’s footwear needs are met. Many work in multi-generational family owned businesses that are sadly becoming a dying breed in America.

I first heard the word in late 1995 when my brother and I were about to launch our “boot strapped” company that was to become called “Pedors Shoes”.  We had developed what was originally a European design concept for a stretch orthopedic shoe that we thought would help people with arthritis, bunions, hammertoes and diabetes.

“You should think about exhibiting at the Pedorthic Footwear Association’s Symposium” was the advice I received. I was doing some research to try and find out whether there was an association of comfort or orthopedic shoe stores that specialized in helping people with problem feet. It transpired that there was. In 1996 it was known as is the Pedorthic Footwear Association, it’s since been renamed The Pedorthic Footcare Association in an attempt to better describe the role of the Pedorthist in our community. Within the industry it’s known simply as “The PFA”.   After some deliberation we decided to name our newly created brand “Pedors” -pronounced peh-dors - with a nod and a wink to the Pedorthists that offered their advice to us newbies.

So it was about six months later, my brother and I drove cross country from Atlanta to San Antonio Texas to exhibit at our first and the PFA’s 38th Annual Symposium & Exposition of the Pedorthic Footwear Association, it was November 1996. We’ve been back every year since. The Pedorthists that we’ve met over the years have helped us refine our designs and helped define the company’s mission statement which is to make Fantastically Functional Footwear™.

Unfortunately though, almost 20 years later, the Pedorthic profession is in decline. There are several contributing reasons but perhaps the main one is the number of online e-tailers selling shoes. Brick and mortar stores pay rent, sales tax and of course all the other overheads involved in operating a retail business and many mom and pop stores can no longer compete with discounted footwear being sold online. It’s not just shoe stores that are in decline. It’s retail all across America. Main St USA has an abundance of vacant retail space. It’s a sign of the times and sadly, I believe, a decline in our social fabric.

The Certified Pedorthists or C.Peds as they are credentialed, are allied medical professionals and a really important component of the health care spectrum. When the Podiatrist you visit determines that you need a special shoe or a modification made to solve your foot issue, or perhaps your chiropractor managing your lower back pain discovers a leg length discrepancy, or maybe your primary care provider who thinks that your diabetes puts you at risk for a foot ulcer (and ultimately the risk of an amputation) it’s usually a Pedorthist they want to send you to. You can find your local Pedorthist and more about the services and foot problems they can help you with.

So, just as the C.Peds helped my brother and I launch our company, we try to support and help the Pedorthic profession as best we can. That’s why you won’t find Pedors products sold online at a big box online e-tailer (or at least you shouldn’t and if you do please let us know). We do have a company consumer website for those people that don’t have a Pedorthist practicing in their town but we’d much prefer it that if you have a local C.Ped that you support him or her as best you can. It will benefit your foot health in the long run and also the cultural and historical importance Main St USA.

The personal views and ideas of Stephen O'Hare, President of Pedors Shoes in no way reflect the views of the Pedors Shoe Company, the staff, friends or family members - especially his family members. 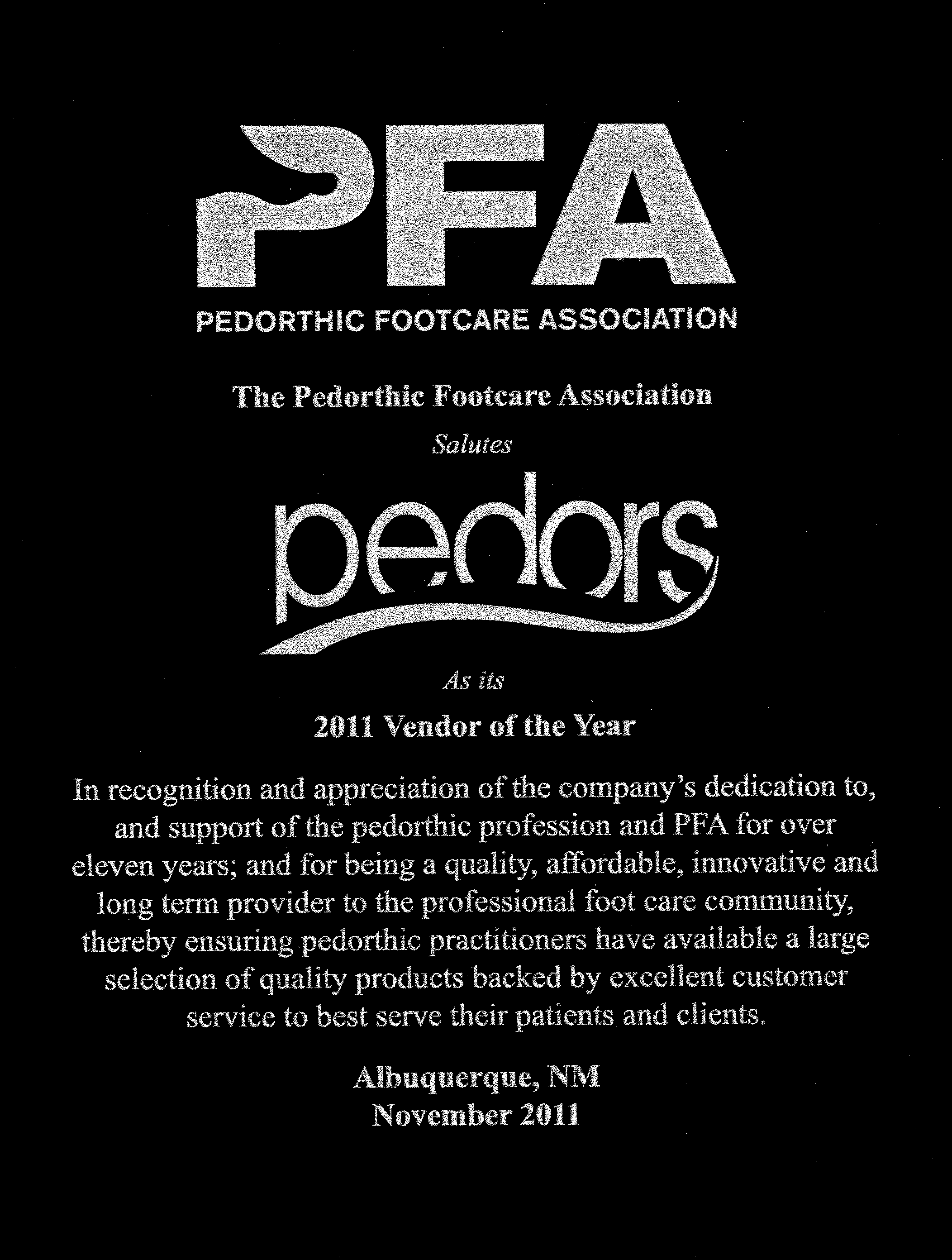